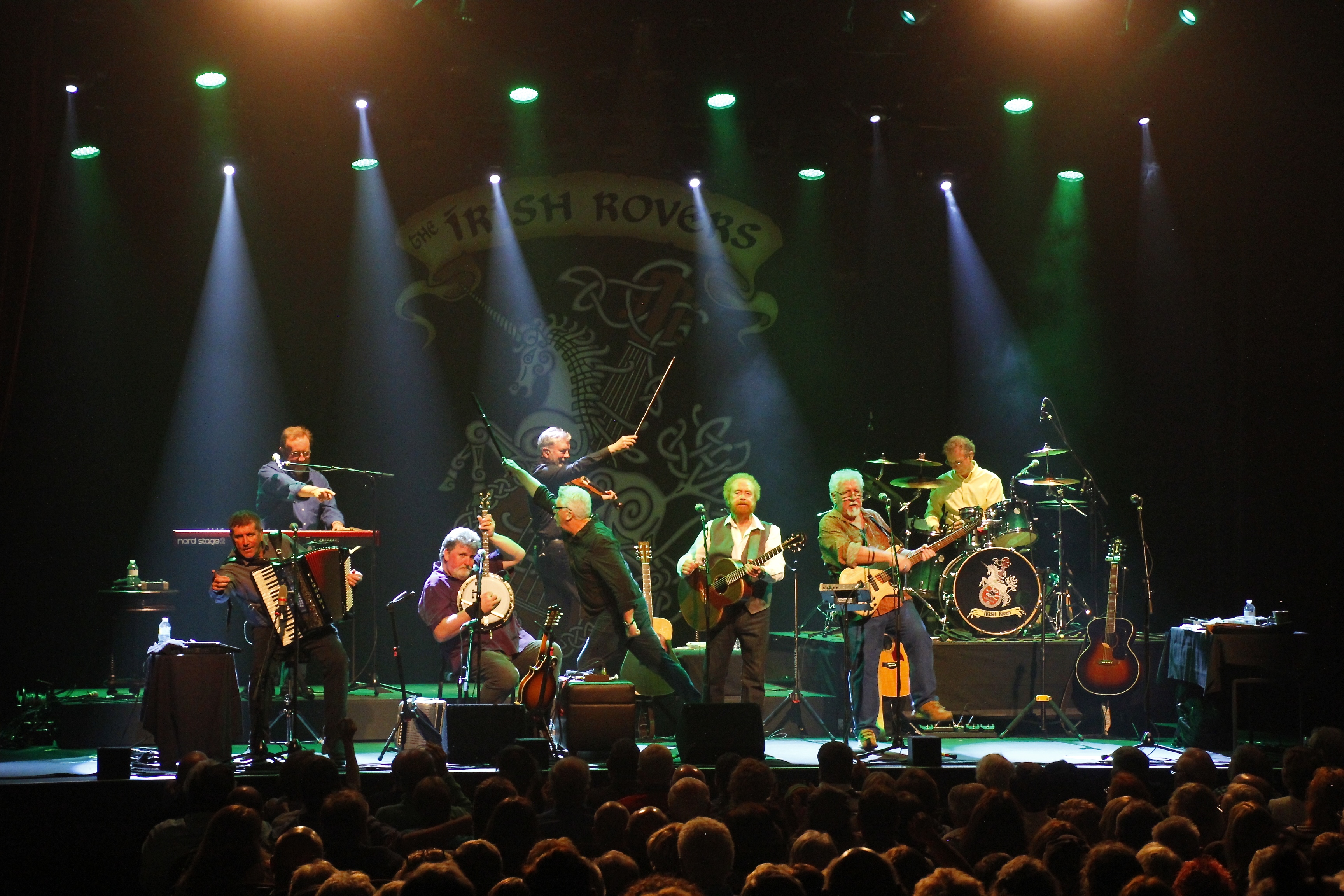 ‘Kings of Celtic’, The Irish Rovers have been selling out concerts worldwide and are now on their way to California for a 7 date tour before heading back to Ireland for some big honors. Wednesday March 6th they’ll be performing at The Golden State Theatre in Monterey.

On tour the Rovers release “Up Among The Heather, The Scottish Album” on tour. The album reflects the Scots influence on their Northern Irish roots. Last year, their previous album “The Unicorn, the Continuing Story” gave us their long-awaited sequel to their famed Unicorn song.

This year, after their US dates, the band heads over to the old country where they will receive big honors. Band leader, George Millar says “In some ways it seems like yesterday, in other ways it seems a million years ago when I first met and played with Jimmy (Ferguson). Neither of us had any idea what could possibly be ahead of us. To return home and play in Ireland after all these years, will be a highlight of our career and one we’re looking forward to immensely. ” On the heels of their US and Canadian dates, the band will be guests of honor at a Civic Reception in Northern Ireland to welcome them home and be ‘applauded for all they have done over the years for the music industry, and for promoting Ireland across North America and beyond.’

Another great honor is being recognized as one of Ireland’s greatest exports/émigrés by Ireland’s newest and most state of the art museum in Dublin, EPIC Ireland.  Museum Director Mervyn Greene says, “The Irish Rovers are iconic, world class and with very a long career. That’s important to us in Ireland. They’ve truly taken Ireland with them and shown the world as no one else has.” As it happens, The Unicorn album (along with several others) is part of EPIC’s Irish Rovers installation.

As young Irish immigrants themselves, the Rovers emigrated to Canada and became so much a part of the Canadian culture that Canada’s Prime Minister Trudeau personally asked them to become Canadian citizens so they could officially represent Canada around the world.

In 1968, The Irish Rovers had a breakout hit with their second album, The Unicorn, https://youtu.be/mN-uA9CiV_w . That album and ‘lucky little ditty’ of a title track written by Shel Silverstein, took them from folk clubs of America to concert halls and television sets worldwide. The Unicorn, which was in fact a last minute add to the original album, left us all with a tear or two, plus the unanswered question, “Whatever happened to the Unicorns when the ark left them stranded on the shore?”

Since that first big hit, the band returned to the charts 15 more times with other songs, nevertheless, the magic of The Unicorn remains. To pay appropriate tribute on its Gold Anniversary, the Rovers are releasing “The Unicorn, The Continuing Story”. It includes all new recordings, plus the sequel to The Unicorn song, which answers the question of the last fifty years. A new MUSIC VIDEO also tells the story. The World Wildlife Fund, and wildlife cinematographer Adam Ravetch assisted in the production.

VIDEO, The Continuing Story of The Unicorn: https://youtu.be/jB3MKGCRfRA

Since the 60’s, the Celtic super-group travelled the world as musical ambassadors taking them as far as the Arctic Circle, Japan, and Germany, with regular tours to Australia, New Zealand, and the US.

The Rovers first became known in the US in the 60s on shows like The Tonight Show, The Smothers Brothers, Mike Douglas Show, The Dating Game (George Millar actually won the date), and even starring in The Virginian. In the 70’s they hosted their first of three international television series, “The Irish Rovers Show”, and throughout the next 20 years their weekly television shows brought Ireland into living rooms of America and the rest of the world.

More recently, their 2012 Drunken Sailor album went viral on YouTube, made news headlines back home in Belfast and put them back on radio across North America – with a new younger generation audience. A Canadian CBC producer saw the Belfast news articles about the Rovers new song and video and asked George Millar to sing his new song “The Titanic” to help their telling of the 100th Anniversary of Titanic, https://youtu.be/eeS9MlqQ2Qk.

The days of the long tours are finally coming to an end for these Irish lads as they are now completing one last world tour.