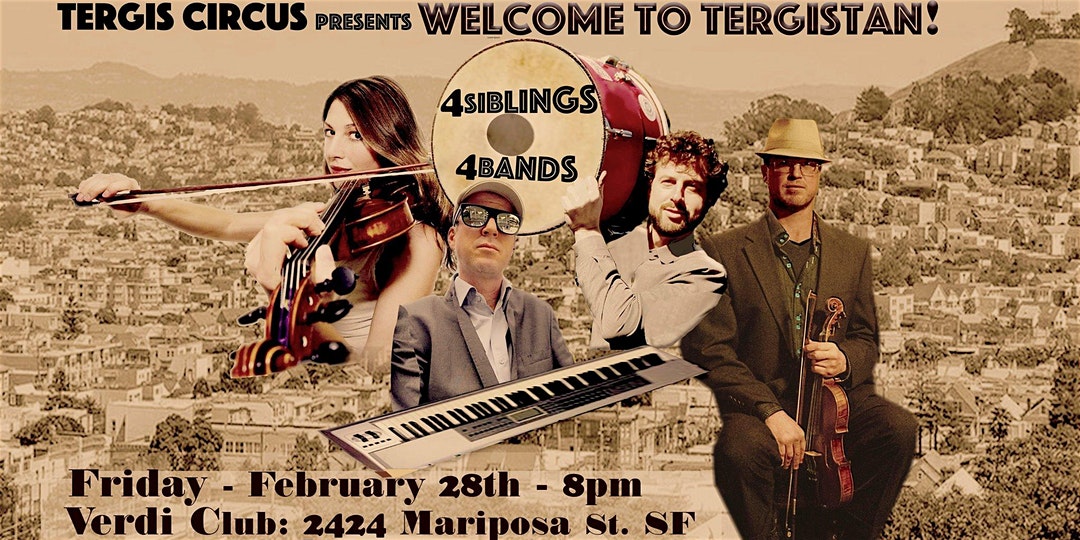 Four world-class musical siblings raised in San Francisco in concert with their four bands for one night only. The Tergis siblings are known locally as a family indispensable to the San Francisco Bay Area music scene and reflective of its unique multiculturalism and diversity.

Family gatherings have always been lively affairs in the Tergis household with these four siblings, all playing traditional folk music from a different part of the world, encouraged and influenced by their parents, Buck and Judy Tergis, a fiddler and folk singer respectively. The eldest and only girl, Athena was named for their Greek heritage and plays traditional Irish fiddle; Lars is named after their Norwegian grandfather and spent years in Istanbul becoming a masterful Turkish Rom (gypsy) ﬁddler; Benezra’s name represents their Sephardic Jewish heritage and he rocks on piano/keys combining Afro-Cuban/funk and jazz influences. Sean, named after the Irish side of the family, tours internationally with Balkan and Middle-Eastern folk ensembles.