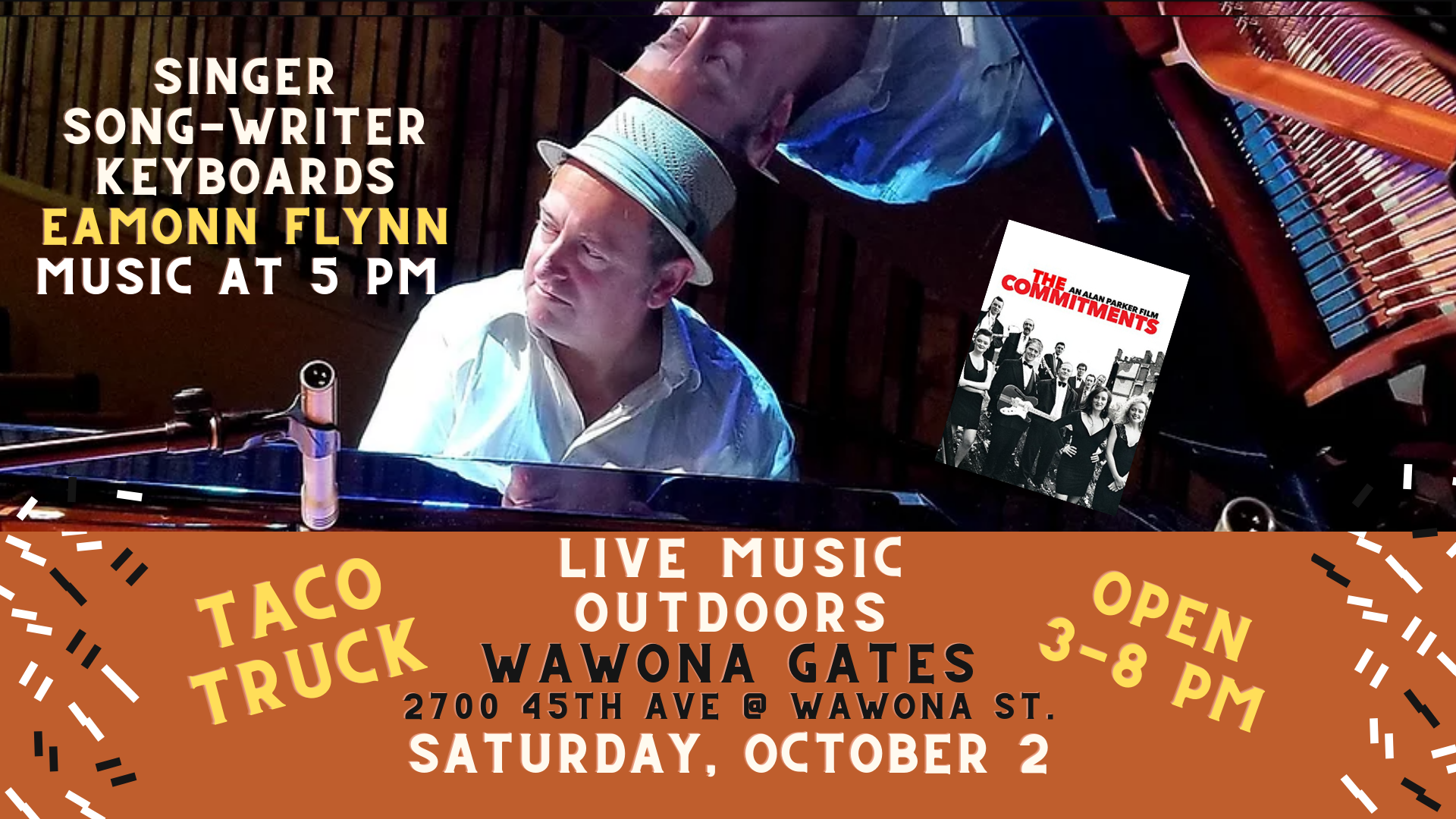 Irish Center Shoppe is open, too, and purchase online 24/7 with pickup on Saturdays at Irish Center SF:
https://irish-center-shoppe.square.site/

Eamonn has composed and produced original music for TV shows such as Ugly Betty and Moonlight and for the movies Creative High, Brujo, Beached and The Commitments. In 2017 he released his first solo album of original music. Entitled “The Irish Channel” it features Eamonn on vocals and piano and reflects a unique blend of Irish and American influences. In December 2019 he released the follow up ‘Black Coddle’ which features cameos from a who’s who of Irish and American musicians.

He’s currently working on two new recording projects; an album of solo piano re-imaginings of Irish tunes, and a song based album of new music.