Lecture: Requiem for a shared interdependent past: Brexit and the Deterioration in UK-Irish relations 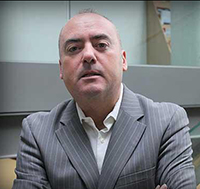 The vote by the electorate of the United Kingdom to leave the European Union in 2016 came after a campaign in which the impact of Brexit on the island of Ireland hardly figured. Within months, however, the ‘Irish border problem’ was center stage. The deterioration in UK-Irish relations in the almost three years since the referendum has been accelerated and profound. It points to a troubling potential unraveling of the deep interdependence which had come to characterize relations between Dublin and London during the decades of shared membership of the European Union. The UK’s global loss of voice and reputation is already apparent even before the Withdrawal Agreement has been ratified. One manifestation of this is the ‘reverse asymmetry of power’ signaled by the Brexit process: Ireland’s position as a privileged EU insider has made it impossible for the UK to impose its will on its smaller neighbor. In an increasingly turbulent European and global political landscape the retreat from integration set in train by Brexit threatens the Good Friday Agreement and the cross-community institutions and processes put in place after 1998 to manage North-South and UK-Irish relations.

Speaker Bio: John O’Brennan holds the Jean Monnet Chair in European Integration at Maynooth University, Ireland. He is also Director of the Maynooth Centre for European and Eurasian Studies and Vice-President of the Irish Association for Contemporary European Studies (IACES). His recent research focuses on Ireland’s relationship with the European Union and how Brexit has presented existential challenges for the island of Ireland. He is a member of the Irish Government’s Brexit Stakeholder Group and one of the most frequent contributors to Irish media discussions of Brexit and European Union politics.