Irish Marvels Past and Present, UICC 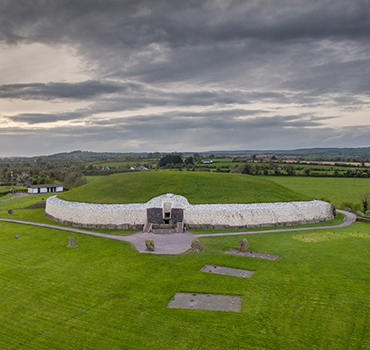 In this lecture, Jo Coffey will discuss Brú na Bóinne (Newgrange) which was built 5 millennia ago during a Golden Age in Ireland. The monument gives evidence of a high degree of social organization among a people who had sophisticated expertise in astronomy, architecture, engineering, art and cosmology. Coffey will focus on a story about Brú na Bóinne, found in several ancient books of Ireland (from the 12th through the 17th centuries), and specifically on a very curious riddle found in these stories. She will suggest that this riddle encodes a theory about the nature of the universe. The theory itself is interesting, and it’s also interesting to see the way in which the poets and shanachies of Ireland went about their task of preserving and transmitting their people’s store of wisdom.