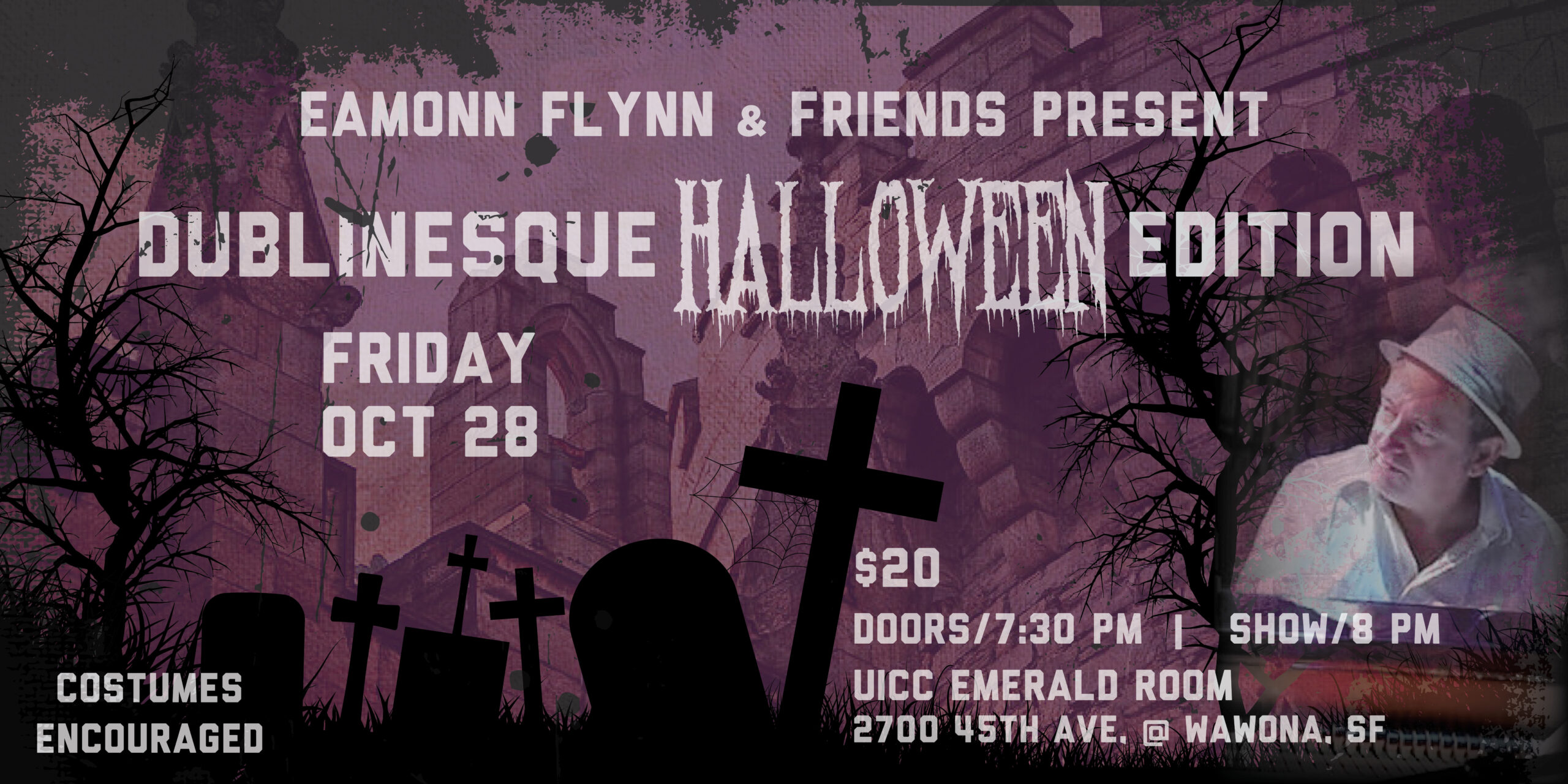 Following the memorable debut of their Dublinesque show at the UICC in February 2022, Eamonn Flynn and friends are returning to the Irish Center with a special Halloween themed Dublinesque concert on Friday, October 28.

This time Dublinesque will focus on the spooky, Gothic side of Dublin history. There will be songs about ghosts, grisly murders, and supernatural events. Halloween dressing up is encouraged! Joining Eamonn will be Felim Egan on accordion, Darcy Noonan on fiddle, and Hector Bragado on banjo.

Dubliner Eamonn Flynn played keyboards on the 14 million selling soundtrack of the movie The Commitments. After moving to San Francisco, he played with Michael Franti and Spearhead, Elvin Bishop, Maria Muldaur, Finbar Furey, and the Black Brothers. He regularly teaches music to children at the UICC Summer Camp and is part of the UICC Children’s Music program. He has released three albums of original music. The last one ‘Anywhere but Home’ features a who’s who of traditional Irish musicians including John Doyle, Athena Tergis, Mick McAuley, and Michael McGoldrick, and was album of the week on RTE Lyric FM, and featured on NPR’s Thistle and Shamrock. He just completed a successful summer festival tour of Europe with performances at Umbria Jazz, Porretta Soul, and Maspalomas Soul.