Centenary of Death of Michael Collins – a live Zoom course, #1 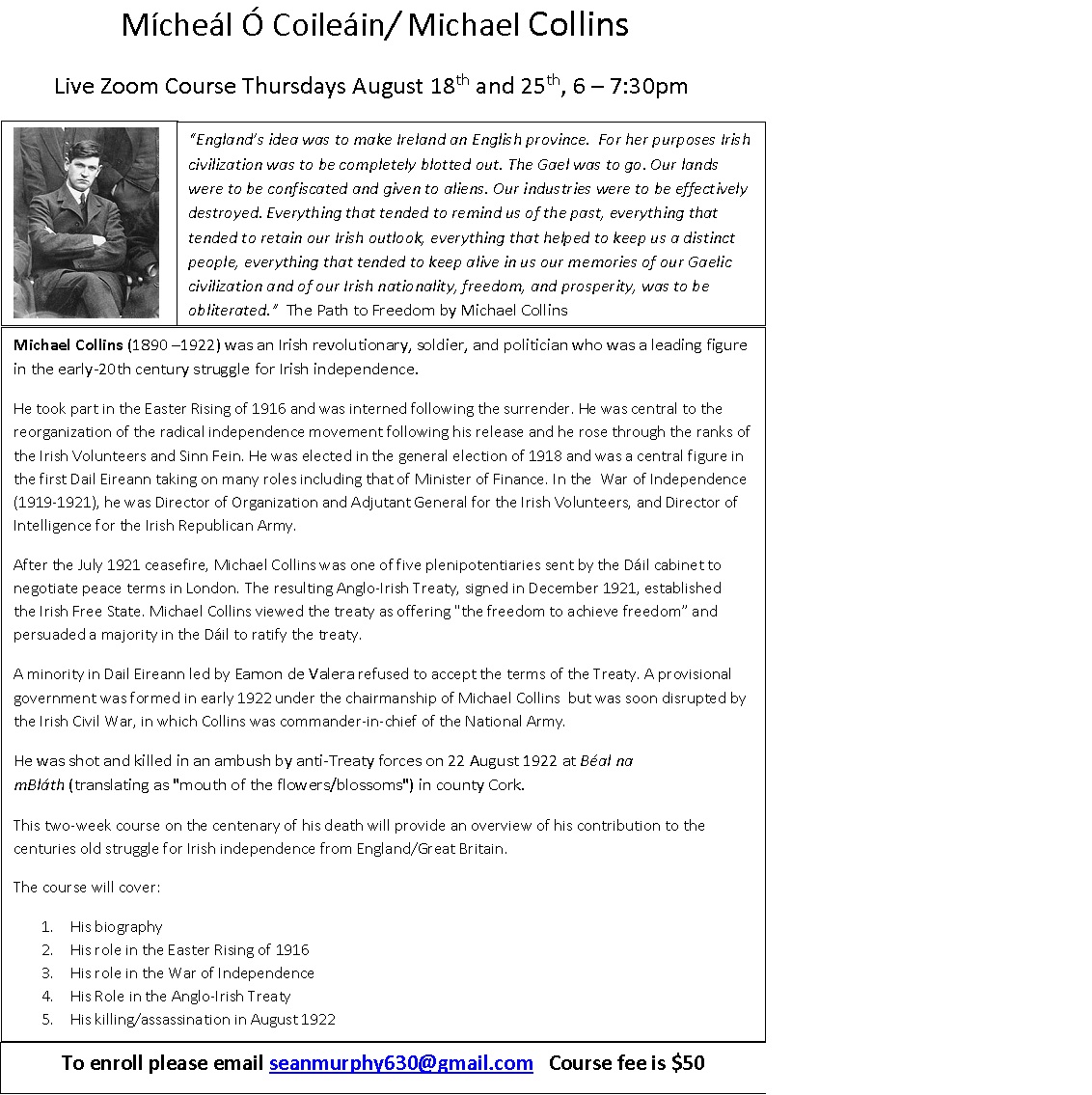 August 22nd is the centenary of the death of Michael Collins during the Irish civil War. Collins was described by Arthur Griffith, the then Acting President of Dail Eireann (The Irish Parliament), as the man “who won the War of Independence for Ireland”.

Local Irish historian, Sean Murphy, is offering a live Zoom course that will profile the life and times of Michael Collins. The course will provide a detailed account of his early family life, his role in the Easter Rising of 1916, the War of Independence, the Anglo-Irish Treaty negotiations, and the subsequent division in the Irish Independence movement that led to the Civil War and to Collins’s untimely death.

The course will be delivered over two sessions on Thursday the 18th and 25th of August starting at 6pm. The course fee is $50.