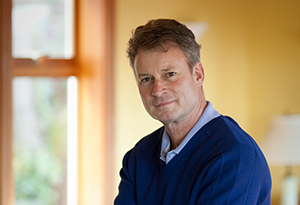 Mechanics’ Institute is pleased to co-sponsor this series with the Irish-American Crossroads Festival, Irish Literary and Historical Society, Humanities West.

The Immortal Irishman: The Irish Revolutionary Who Became an American Hero 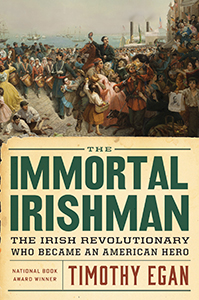 Timothy Egan tells the Irish American story through the life of Thomas Francis Meagher.  A dashing young orator during the Great Famine of the 1840s, Thomas Francis Meagher led a failed uprising against British rule, for which he was banished to a prison colony. He escaped and six months later was heralded in the streets of New York — the revolutionary hero back from the dead, at the dawn of the great Irish immigration to America

Timothy Egan is a Pulitzer Prize–winning reporter, a New York Times columnist, winner of the Andrew Carnegie Medal for excellence in nonfiction, and the author of seven books, most recently Short Nights of the Shadow Catcher. His previous books include The Worst Hard Time, which won a National Book Award, and the national bestseller The Big Burn.