Tom McEnery’s A Statue for Ballybunion

An event every day that begins at 7:30pm, repeating until Sunday, March 22nd 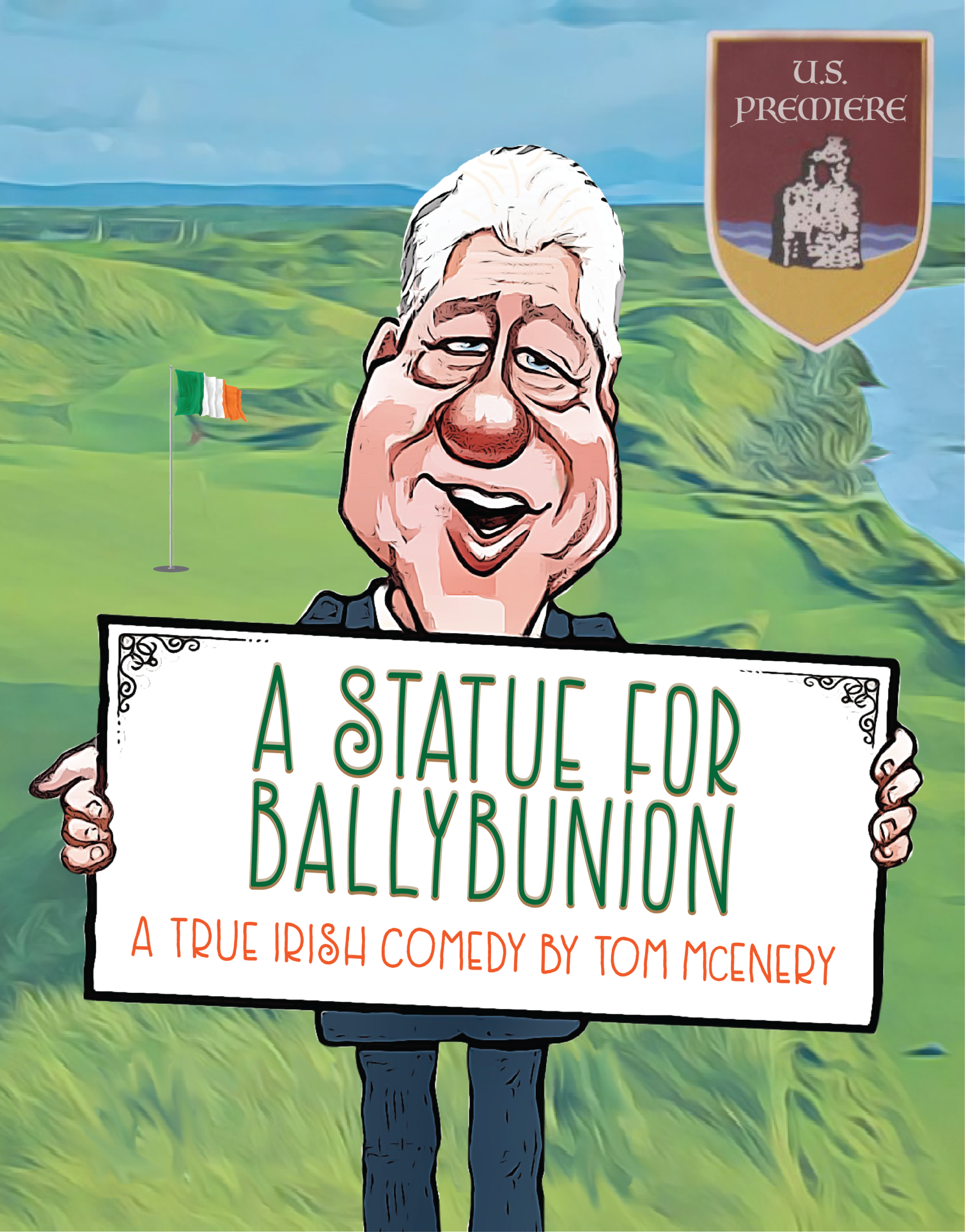 An original comedy—penned by former San Jose Mayor Tom McEnery and directed by former San Jose Rep Associate Artistic Director John McCluggage—is making its U.S. premiere in downtown San Jose after a successful world premiere in Dublin, Ireland. Opening on St. Patrick’s Day 2020 at 3Below Theaters & Lounge, A Statue for Ballybunion is based on the true story of a group of Ballybunion residents who hatch a cunning plan to unveil the world’s first statue to the leader of the free world—then U.S. president, William Jefferson Clinton. When events in the Oval Office with a certain intern put his visit to Ireland in jeopardy and something unexpected happens to the statue, you won’t want to miss what happens next!