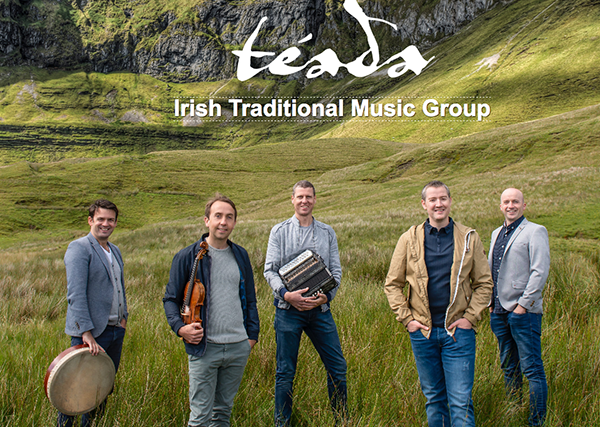 Having just finished recording on the southwest coast of Ireland, acclaimed Irish band Téada embarks on a national US tour this spring with their first new album in seven years. Téada (‘strings’ in Irish) has been described as “at the cutting edge of the next generation of Irish musicians…with a fierce familiarity with the old ways,” by Irish Music Magazine. On Sun, Feb. 23rd they’ll play a 3:00PM matinee in Pacific Grove at St Mary’s. On Wed. Feb. 26th, they’ll perform in Soquel at 7:30 PM at Michael’s on Main. more