Teada Concert at Michael’s on Main 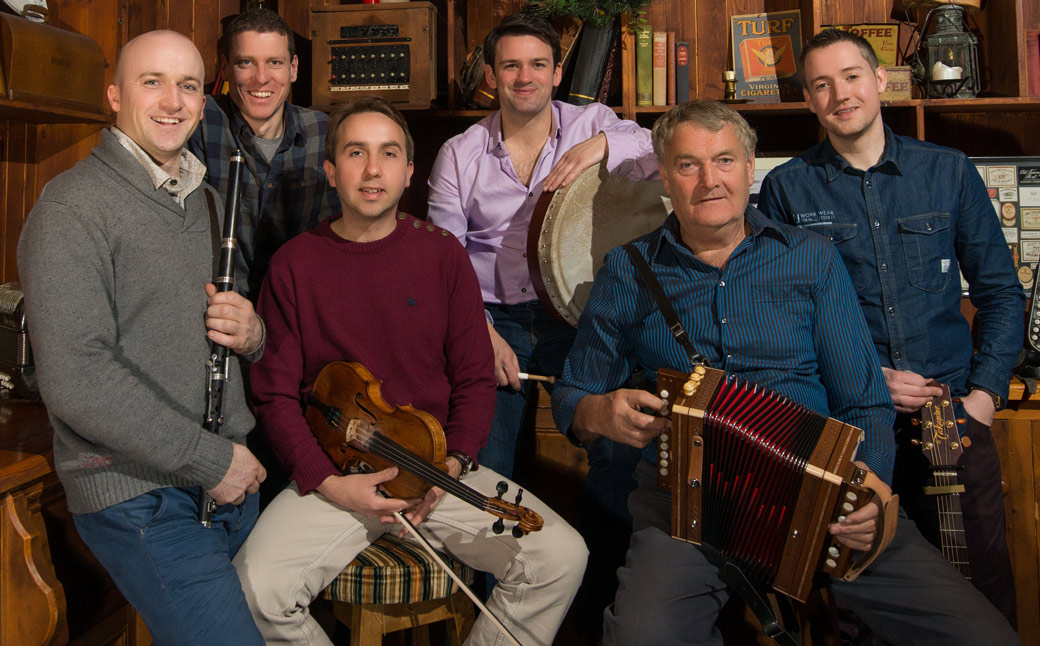 Having just finished recording on the southwest coast of Ireland, acclaimed Irish band Téada embarks on a national US tour this spring with their first new album in seven years. Irish Music Magazine describes the band as “at the cutting edge of the next generation of Irish musicians…with a fierce familiarity with the old ways.” A traditional band with a truly worldwide reach, Téada (‘strings’ in Irish) has appeared as a frequent headliner at major music festivals throughout the US, Canada, Mexico, Europe, Africa, Russia, Israel and Australia. Highlights include a 30,000-capacity stadium concert in Brittany, along with performances at Penang World Music Festival in Malaysia, Edmonton Folk Festival in Canada, Harare International Festival of the Arts in Zimbabwe, and Campeche International Festival in Mexico. In 2014 the band performed to 40,000 people during an extensive 7-week tour of Japan / Taiwan.

Founded by Sligo fiddler Oisín Mac Diarmada, Téada first came together in 2001 to make an appearance on the innovative TG4 television series ‘Flosc’. One of Irish traditional music’s leading exponents, Téada is driven by a fascination for the timeless, expressive force of music inherited from previous generations of musicians. They quickly gained notice as Best Traditional Newcomers, and The Irish Times lauded the band for “keeping the traditional flag flying at full mast.” Their vision and virtuosity has grown through two decades and six albums. Their last CD, 2013’s ‘In Spite of the Storm,’ was hailed by The Irish Echo as “one of the outstanding releases in recent memory.”

The 2020 tour highlights Téada members Oisín Mac Diarmada and Séamus Begley who will be accompanied by some of the frequent guest stars in the band’s touring constellation. Mac Diarmada, called “one of the most talented fiddlers in Ireland today” by The Irish Echo, has been a hallmark of the band for its nearly 20 years. Legendary musician Séamus Begley is a singer and accordionist from West Kerry, named ‘Traditional Singer of the Year’ in Ireland’s prestigious TG4 Awards. Joining them are Patrick Doocey, a member of Irish supergroup Lúnasa and one of Ireland’s finest young guitarists, and Sean Gavin, whose award-winning ornate and driving style on the flute and uilleann pipes reflects his lifelong immersion in Irish music. Champion stepdancer Samantha Harvey, California born and Irish-music bred, with her own unique blend of sean nos (‘old style’) and Ottawa Valley step dancing.