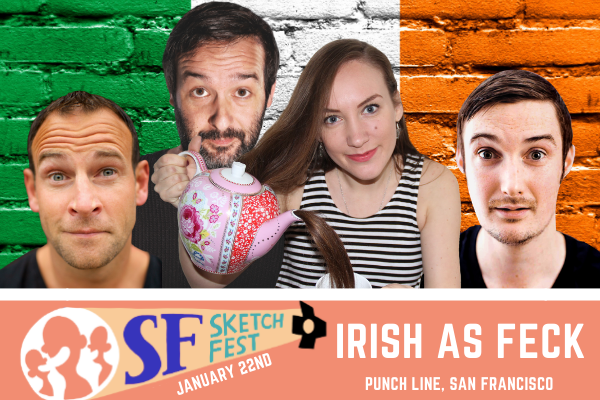 Not only Irish eyes will be smiling in San Francisco during Sketchfest. Come get a blast of Irish laughter courtesy of the Real Irish Comedy Tour, showcasing the best blend of Irish Comedic talent, accents included. For the first time in its 18 year history San Francisco Sketchfest Comedy Festival will be going Irish As Feck and including a night of all Irish comedy at the world renowned Punch Line comedy club.  The event will be held on January 22nd. Sketchfest is the largest comedy festival in America and runs from January 9-26.