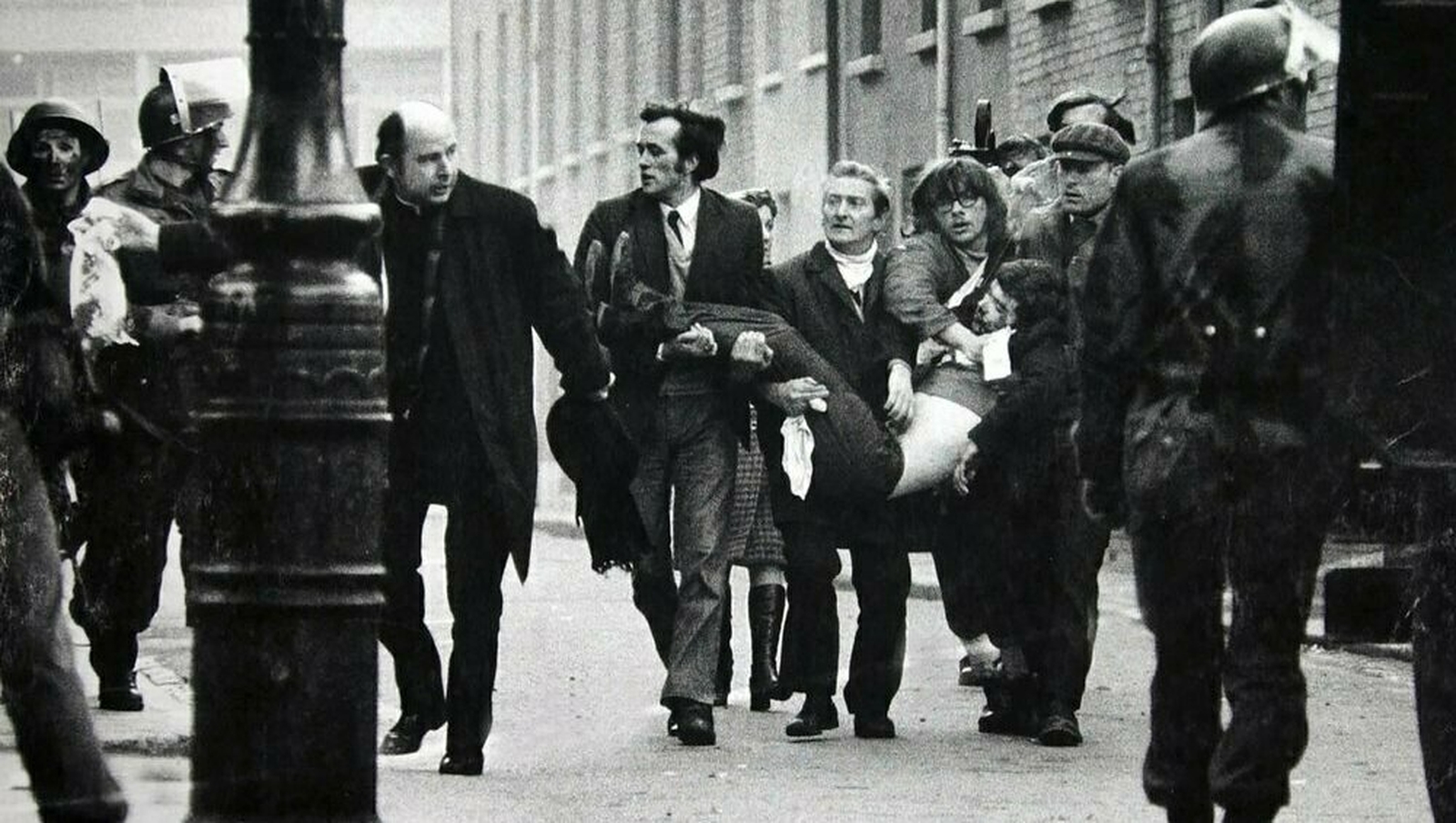 A powerful new documentary about the men who unwittingly became war photographers on the streets of their own Northern Irish towns. They did not leave home in search of war and adventure: the violence erupted around them. The press photographer deals in single images that must distill a story, character and context into a single frame. What did it cost these men to take these pictures? What was the value of those images as the conflict raged on for 25 years? These moral and ethical questions are at the heart of this illuminating documentary by Tom Burke.

Since the beginning of the neon industry in Ireland in the 1930s, the community has been incredibly closed and tight knit. There is no formal training, with only 5 glass benders in the country today. Eighty -year-old Paddy is the oldest and most experienced of the alumni, having started his career in the glassblowing industry at the age of 16. From his workshop, Paddy guides us through the process of making these coveted signs as he reflects on the highs and lows of his career and reveals his thoughts on the industries uncertain future.

This new feature-length documentary about Galway and the Arts as the City of the Tribes celebrates its status as European Capital of Culture 2020.

Every place on Earth has a weave, a pattern, a confluence of cultures, and Galway in the West of Ireland is no exception. Cumar (the Irish for Confluence) is an artistic exploration of Galway examining the myriad confluences which have shaped its unique cultural fabric. Filming was carried out over four seasons charting the city and county’s changing palettes, moods and weather fronts! Featured artists include writer Mike McCormack, poet Rita Ann Higgins, Singer Róisín Seoighe, Macnas director Noeline Kavanagh, visual artist Padraic Reaney, musician Máirtín O’Connor and comedian Tommy Tiernan. These artists combine to give a refreshing, inspiring and often candid insight into the life of the artist in Galway.

The focus of this bilingual film is a visual evaluation of the link between these Galway-based artists and their environment.

The film’s director Aodh Ó Coileáin explains: “Since coming to live in Galway over 30 years ago, I have wondered what it is about this catchment area that produces artists and attracts artists to the City of Tribes. The film touches on some of the explanations that have occurred to me from time to time: the city’s diverse cultural background stretching into medieval times and beyond, the confluence of languages, the rich tradition of music and song… or is it simply the meeting of the waters: river, lake, and sea?”

Seamus Heaney passed away unexpectedly in 2013 – in this film his wife Marie and their three children talk intimately about his family life and read the poems he wrote for them. His surviving brothers remember their childhood and the shared experiences that inspired many of his finest poems. Heaney’s unique gift as a poet and his personal response to the complexity and violence of The Troubles in Northern Ireland are discussed by poets Paul Muldoon and Michael Longley.

The film conjures the people and landscapes of Heaney’s childhood through a bounty of film and audio archive featuring Heaney’s own voice and his powerful, inimitable poetry.