Reading and Q&A with Mike McCormack 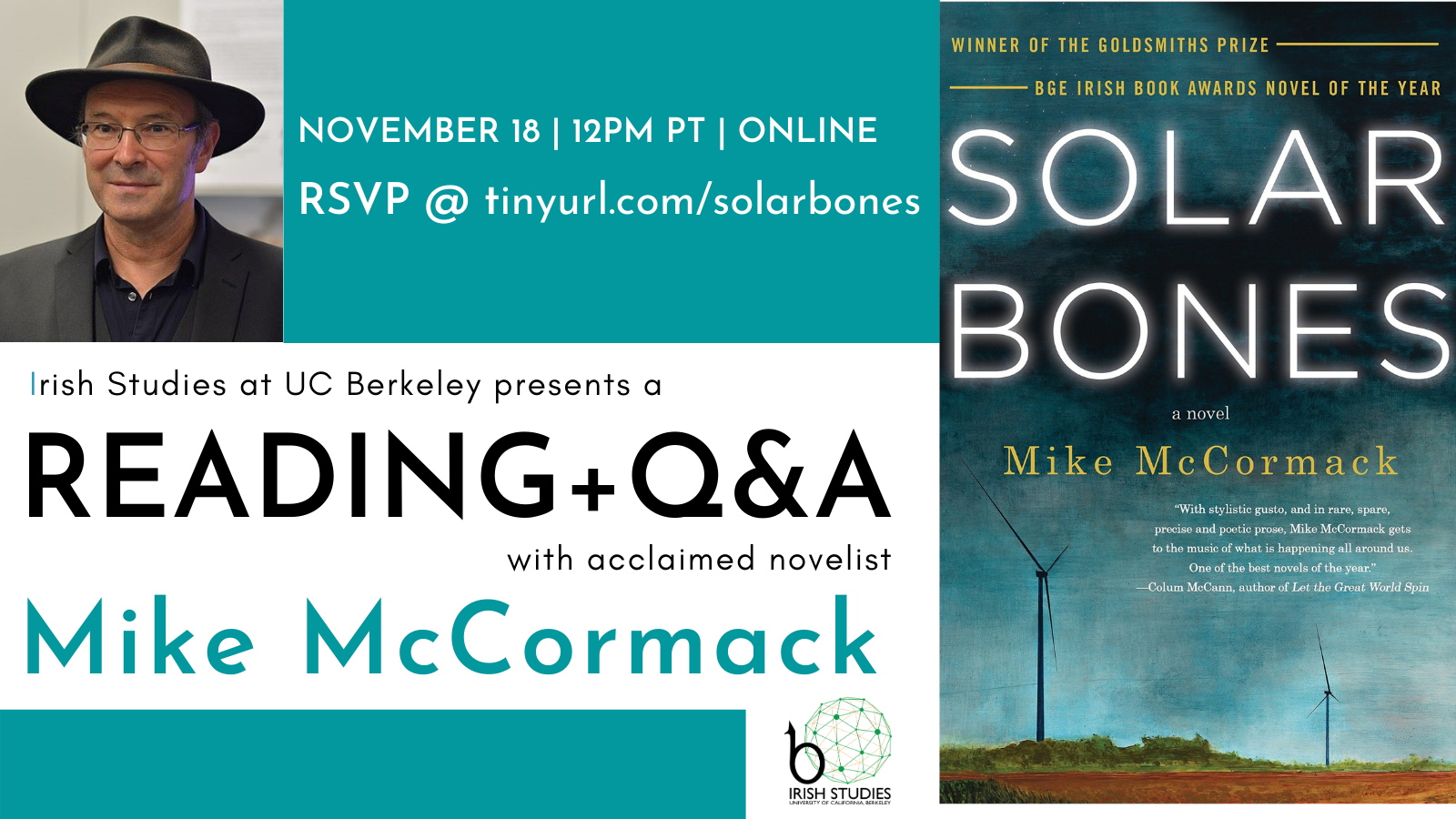 Join the UC Berkeley Irish Studies Program for a reading and Q&A with acclaimed Irish author Mike McCormack. McCormack will read from his prize-winning novel Solar Bones (2018 International Dublin Literary Award, winner of the 2016 Goldsmith Prize, and the 2017 Booker nominee) along with excerpts from his sci-fi side project.

NOTE: ***All participants are required to sign into a Zoom account prior to joining meetings hosted by UC Berkeley.*** If you are not a current UC Berkeley affiliate you can create a free Zoom account and log in via https://zoom.us/signin.