Overcoming the Zero-Sum Game in Northern Ireland: The Role of John Hume 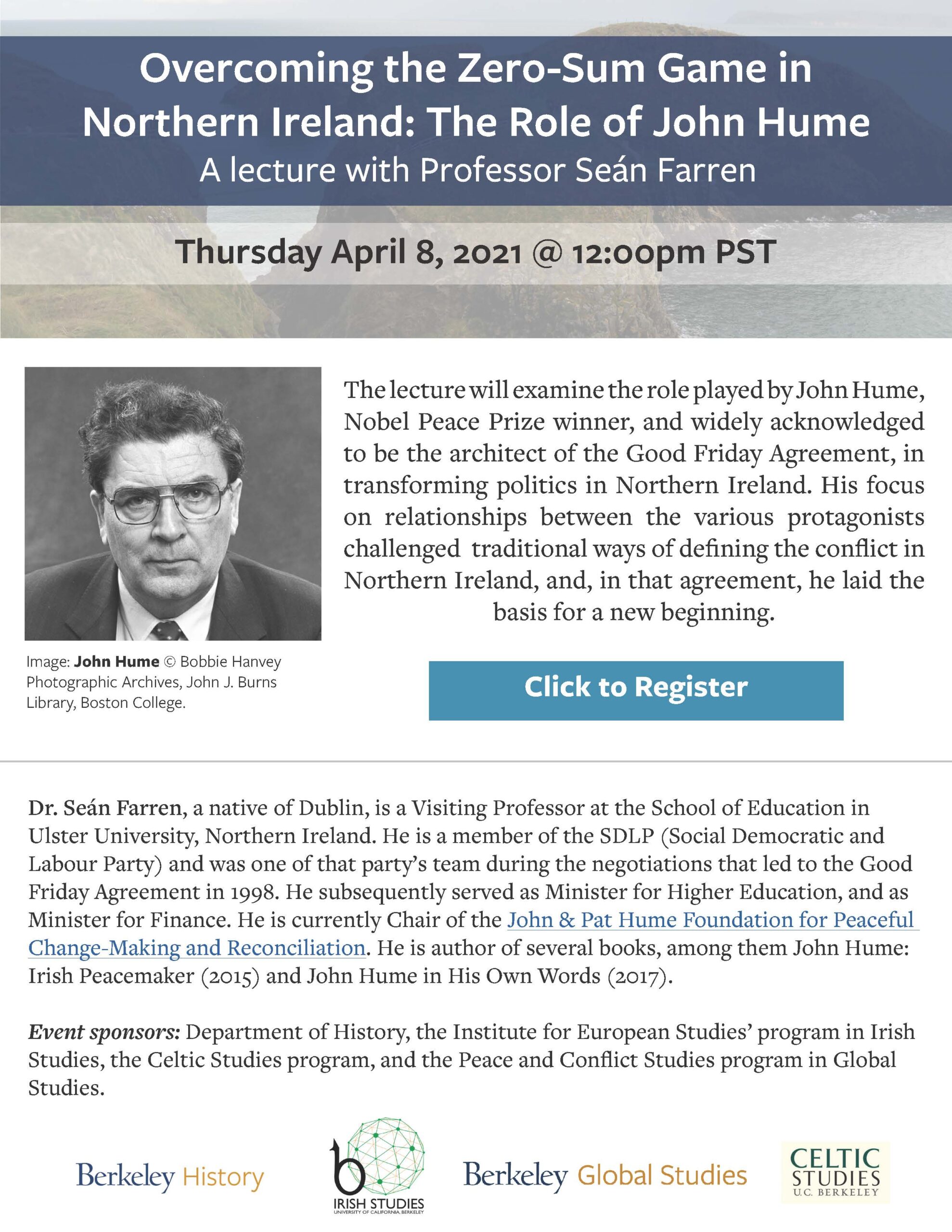 The lecture will examine the role played by John Hume, Nobel Peace Prize winner, and widely acknowledged to be the architect of the Good Friday Agreement, in transforming politics in Northern Ireland. His focus on relationships between the various protagonists challenged traditional ways of defining the conflict in Northern Ireland, and, in that agreement, he laid the basis for a new beginning.

Bio: Dr Seán Farren, a native of Dublin, is a Visiting Professor at the School of Education in Ulster University, Northern Ireland. He is a member of the SDLP (Social Democratic and Labour Party) and was one of that party’s team during the negotiations that led to the Good Friday Agreement in 1998. He subsequently served as Minister for Higher Education, and as Minister for Finance. He is currently Chair of the John & Pat Hume Foundation for Peaceful Change-Making and Reconciliation (humefoundation.org). He is author of several books among them: John Hume – Irish Peacemaker(2015) and John Hume in His Own Words (2017).