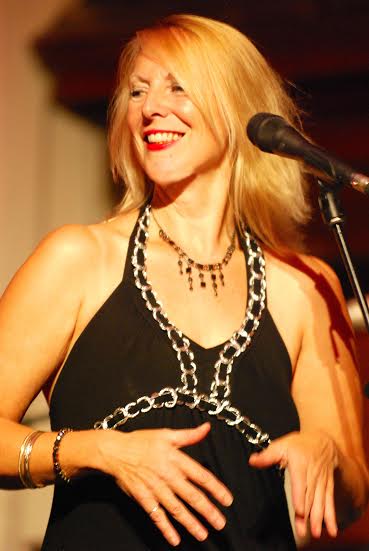 Jazz on a Summer’s Day: A Tribute to Anita O Day

Fresh from her highly successful performance of Jazz on a Summer’s Day: A Tribute to Anita O Day, at Dublin’s Pavilion Theatre, award-winning Jazz vocalist, Melanie O’Reilly returns to Angelicas to celebrate this legendary iconic vocalist, capturing the essence of an unconventional musical genius, who shattered the traditional image of the ‘girl singer’ with her smokey swinging style and brilliant sense of rhythm.

Interspersing narration between the songs, Melanie tells the story of O’Day, who was born to Irish parents in Kansas City, wanted to be a jazz singer, and refused to let anything stop her. She went on to become one of the world’s greatest jazz singers, captured in the iconic film documentary “Jazz on a Summer’s Day” at the 1958 Newport Jazz Festival….

“Melanie O’Reilly with her show in celebration of Anita O’Day brings us up close to this Irish American jazz icon. It is to me, a case of “O’Dayja Vu” such is Melanie’s success in conjuring up Anita’s jazz era & the vibrant life which accompanied her unique art. .A great show & a marvellous night out!”
Sean Brophy / Dublin City FM Radio

Already firmly established in the pantheon of creative Irish artists, Melanie O’Reilly is recognized as one of Ireland’s international jazz ambassadors and Celtic jazz pioneers. Having recently represented Ireland in a major international European Union Jazz festival at UCLA, Oct 2013, her performance at the National Concert Hall Dublin garnered the accolade as one of the “Top concerts of the year” of 2013, by Ireland’s Sunday Independent. She has recently performed her ” Jazz on a Summer’s Day: A tribute to Anita O Day” show in Dublin to outstanding acclaim.

..The show,” said Edinburgh Festival/Three Weeks Daily, “is a celebration, and O’Reilly makes every number her own ..effortlessly, rhythmic backbeats, sultry, soulful crooning in virtuoso style.” ****

“Melanie O’Reilly does more than pay tribute to Anita O’Day. She brings the great singer’s spirit back to life, recalling her unique way of scatting, varying tempos, bending and stretching melodies and generally transforming everything she sang. ”
Grainne Farren, Jazz Journalist Ireland.

For tickets book here::
http://angelicasllc.com/event.cfm?id=215077&cart
Tickets $15 or $21 at the door
www.melanieoreilly.com