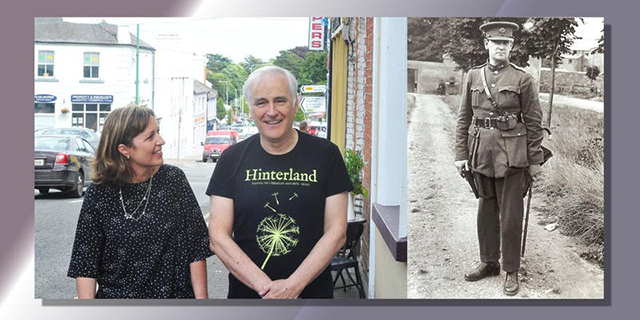 Tickets are available at EventBrite and are $10!

Dr. Dungan is a writer, lecturer and broadcaster and is also Programme Director of the annual Hinterland Festival in Kells, Co. Meath. He currently presents the weekly RTE Radio 1 programme The History Show, writes a weekly column (‘Fake Histories’) for the RTE Radio 1 Drivetime programme, and has worked as presenter of various RTE radio and TV programmes for the last thirty years (Five Seven Live, Rattlebag, Prime Time).  He is the author of more than a dozen books on Irish and American history (including Irish Voices from the Great War, How the Irish Won the West and Mr. Parnell’s Rottweiler). He lives in Kells, Co. Meath where he is trying to write detective novels!