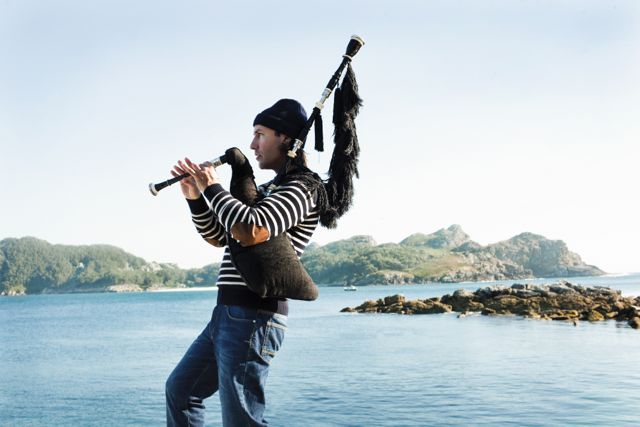 The Celtic Society of the Monterey Bay Presents

PRESENTED BY THE CELTIC SOCIETY OF THE MONTEREY BAY

When the Los Angeles Times suggested that “if it’s possible to become a pop star playing traditional music on bagpipes and recorder, Núñez could be the man,” it may have been an understatement. Few pop stars pack the energy, virtuosity, imagination, daring, and charisma into their concerts and recordings as Galician multi-instrumentalist Carlos Núñez does. He is the world’s most famous player of the gaita, the bagpipes of Galicia, Spain’s northwest, Atlantic Ocean-abutting region rich in vibrant, uniquely expressive Celtic traditional music.