From Hardback to Hollywood: The Expansive Career of Dennis Lehane 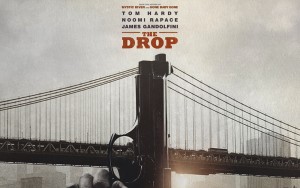 October 12 • From Hardback to Hollywood: The Expansive Career of Dennis Lehane

Irish American author Dennis Lehane grew up in the Dorchester section of Boston. Since his first novel, A Drink Before the War, won the Shamus Award, he’s published nine more novels with William Morrow that have been translated into more than 30 languages and become international bestsellers: Darkness, Take My Hand; Sacred; Gone Baby Gone; Prayers for Rain; Mystic River; Shutter Island; The Given Day; Moonlight Mile; and Live By Night, which won the Edgar Award for Best Novel in 2013. Mystic River, Gone Baby Gone, and Shutter Island have been made into award-winning films, and the film rights for Live by Night are under option to Warner Bros. with Ben Affleck producing, writing, directing, and starring.

Tonight, Lehane will discuss his book-to-film career, as well as his most recent novel, World Gone By, with film noir expert Eddie Muller.