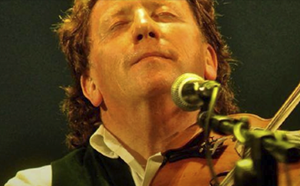 Presented by The Celtic Society of the Monterey Bay. Frankie Gavin has been playing fiddle and flute since his teenage years. At the age of seventeen, he won two All Ireland competitions – for fiddle and flute. Originally influenced by some of the great Irish and American-Irish fiddle players, James Morrison, and Michael Coleman, he later found himself playing with stars such as The Rolling Stones, Stephane Grappelli, Elvis Costello, Earl Scruggs and Yehudi Menhuin as well as with some of the great contemporary players and singers of traditional Irish m… See More

*Address supplied upon your emailed reservation