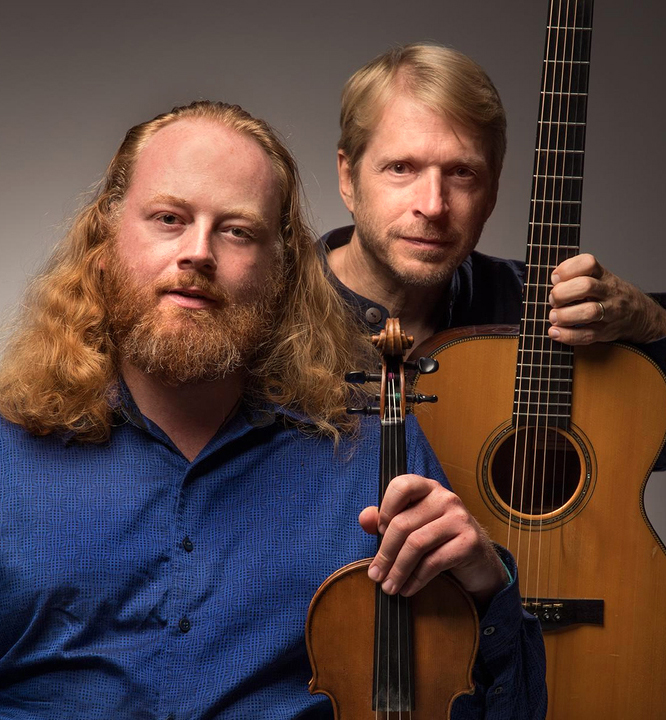 Violinist Edwin Huizinga, who has performed with Yo-Yo Ma, Itzhak Perlman, and Stevie Wonder, joins Grammy winning Celtic and folk guitarist William Coulter as the duo Fire and Grace. Stand-out stars from sold-out performances two years running at the Carmel Bach Festival, they will be performing a benefit concert March 10th at the Swedenborgian Church in San Francisco. Their magic combining Bach and Irish dance melodies has been captured in a visual story of their recent journey through Ireland’s County Kerry, portraying the music, art and culture in the everyday lives of the region’s residents. Currently in post-production, it is expected to be released soon.

The March 10th performance, and the entire season of concerts at the Swedenborgian Church, is a benefit for three local non-profit organizations that do wonders for the people and environment of San Francisco: Nature in the City, which engages residents in butterfly, bee, and wildlife habitat restoration projects in diverse San Francisco neighborhoods; Young Women’s Choral Projects of SF, which transforms girls’ lives through choral music education and performance; and Canine Companions for Independence which enhances the lives of people with disabilities by providing highly trained assistance dogs and ongoing support.

The 7pm concert will be preceded at 6 pm by a reception featuring these worthy organizations.

The venue for the concert is the Swedenborgian Church, an Arts and Crafts architectural jewel, and a National Historic Landmark – the only house of worship in San Francisco so designated by the federal government.

Tickets are available at:
https://fireandgrace.brownpapertickets.com