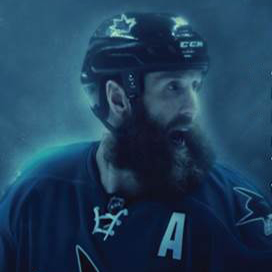 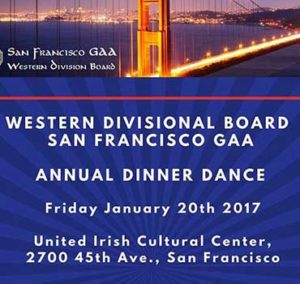 SFGAA Annual Dinner Dance will be hosted on Friday the 20th of January 2017, at the UICC from 7pm till late. Special Guest: The Liam McCarthy Cup accompanied by Tipperary great Brendan Cummins. 2016 SFGAA Hall of Fame inductees will be Tom Hunt and Linda Ryan.

Tickets $100, contact Bertie Penny or any SFGAA Board Member for tickets.
$20 Raffle Tickets also available; 1st Prize 2 Aer Lingus Roundtrip Flights to Ireland, 2nd Prize 2 Night Stay at Napa Marriott, and many other prizes to be raffled off on the night.
Celebrate the season end of 2016 and the beginning of the 2017 SFGAA year. more 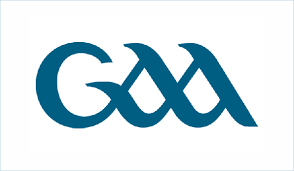 Gaelic Game screenings at the UICC are made possible by volunteer labor. You can help to keep the games going by volunteering for one or two games this year. Please contact Martin Falvey at 1 650 455-0504.

Irish Heritage Night at The Giants 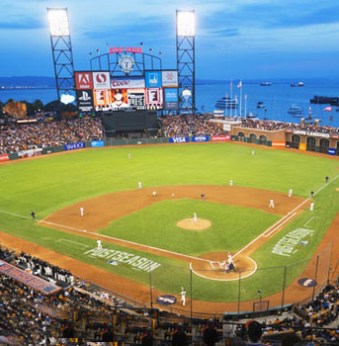 Join the Irish community for a San Francisco Giants versus Pittsburgh Pirates game on Monday, August 15, 2016.

Current Ultimate Fighting Championship (UFC) Featherweight champion Conor McGregor will meet Nate Diaz once again at UFC 202 on August 20. UFC 202 may be the most important fight in McGregor’s already legendary career. Check in for scheduling here or at your local pub.

Ray O’Flaherty’s passion for education combined with his interest in golf was the inspiration for this South Bay event and continues to drive the event year after year benefiting the Ray O’Flaherty Memorial Scholarship Fund at Bellarmine College Preparatory. The 2016 event is at Summitpointe Golf Club in Milpitas with a shotgun start at 1:00. Players will be able to enter various competitions for prizes such as hole-in-one, longest drive and closest to the pin contests. more 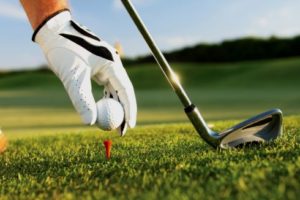 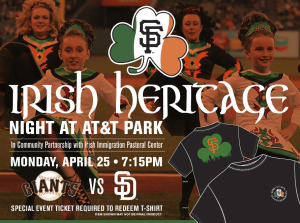 Join The Irish Immigration Pastoral Center for Giants versus Padres baseball game on Monday April 25th 2016 at 7.15pm. Special Event ticket package includes a seat in one of the Irish Heritage sections for the Monday evening game, with admission to the Irish Heritage Night pre-game party in Seals Plaza from 5-7 p.m. more 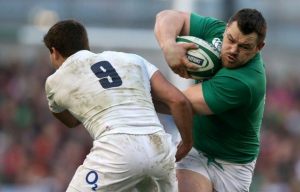 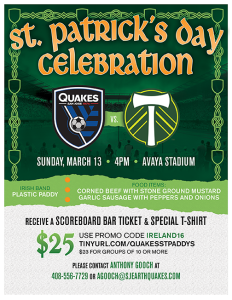 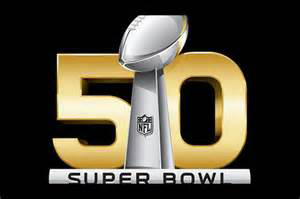 Watch this year’s Superbowl at your local Irish sports bar, or join the United Irish Cultural Center party and watch on two new 60″ plus TVs, enjoy some great hors d’oeuvres and sample some Moylan’s Brewery beers.

The Ultimate Fighting Championship, UFC, says MGM Resorts officials “moved Heaven and Earth” to allow the company to put the featherweight title unification bout between champion Jose Aldo and interim champion Conor McGregor at the MGM Grand Garden in Las Vegas on Dec. 12. Now you can watch the game at a local pub near you. St. Stephen’s Green in Mountain View will be showing this featherweight title fight on the big screen. Ireland’s Conor McGregor takes on Jose Aldo in this much awaited fight.

Please help support St. Joseph’s GAA at Palo Alto Golf Club. All welcome and BBQ to follow. $100 per player, $50 for BBQ only. more information or for information send email 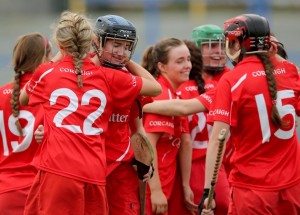 Cork Ladies Camogie Team captain Ashling Thompson and Maeve Cahalane from the All-Ireland winning team 2015 will be special guests at the annual Rebel Corks’ dinner December 5th at  at the UICC. See Community Events for more 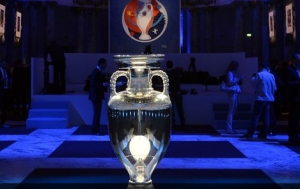 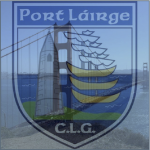 After a successful 2015, Waterford Senior hurlers are now in the strongest position in years, for the Liam McCarthy. The Waterford patriots in San Francisco have invited Dan Shanahan and Pauric Mahony to San Francisco in November to be part of a fundraising effort.

The event will be held Saturday, November 21st at the Metropolitan Golf Links in Oakland with tee-off at 7.30am.
The $150 cost includes two-man scramble and shot gun start, 18 holes of golf, riding cart, lunch and a guaranteed great day. There will be an awards presentation and food and music directly after golf at the Kate O Brien’s Irish Bar @ 579 Howard St, San Francisco, CA 94105.
Pre-register by email  today to reserve a spot.

The San Francisco Glens is a youth soccer club created to develop youth players in San Francisco and surrounding communities. With several programs designed for all areas of the game, the club serves players of all levels, from players brand new to the game to the top players in the area.  Check out their website for more

The Rugby World Cup (website) 2015 is the eighth Rugby World Cup, the quadrennial rugby union world championship. The tournament is hosted by England from 18 September to 31 October. Twickenham Stadium in London will host the final. You can watch the games at a Bay Area bar near you, and send your support to the Irish team #ShoulderToShoulder

The Ireland Fund Young Leaders from around the world will host an event together “The Irish Run the World, a Global 5K race” on September 26, 2015. The event will span over 20hrs, and cover 75km, in 15 different cities and 6 different countries. Starting in Brisbane, Australia, the Young Leaders will run a 5km in their respective city before passing the ‘virtual baton’ off to the next city. The San Francisco stage takes place at 9:30am at Ocean Beach. The Global 5k will conclude when the last Young Leader crosses the finish line in Los Angeles. All funds raised will go to benefit The Ireland Funds Promising Ireland Campaign to assist worthy charities across the island of Ireland and Irish causes around the world. more info

8:00am GAA  Ladies Football All Ireland Final – Cork vs Dublin 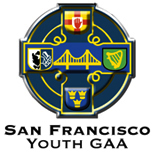 Irish Night at the Giants • August 11 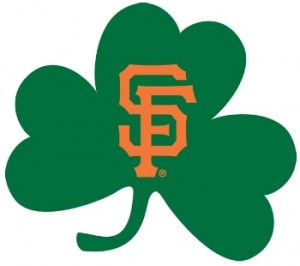 In Community Partnership with the Irish Immigration Pastoral Center.
The Giants are proud to announce that for yet another year, Irish Heritage Night returns for a second installment of the season! Your Special Event ticket package includes a seat in one of the Irish Heritage sections for interleague matchup versus the Astros, admission to the pre-game Irish party in Seals Plaza from 5:00 p.m.-7:00 p.m., featuring cultural food and drink specials available for purchase, as well as a limited-edition Irish-themed Giants messenger bag. Cultural performers will be on display at the pre-game festival in Seals Plaza and on the field prior to the game, and partial ticket proceeds will benefit local Irish charities. Don’t miss one of the season’s most popular events! tickets 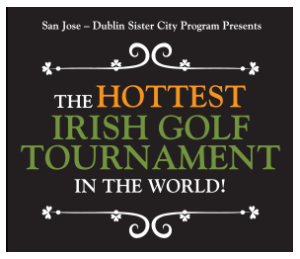 Whether you’re a top golfer or just starting out, sign up and enjoy: 18 holes of golf with cart; lunch; golf clinic with Los Lagos coach Matt Flenniken; refreshments and events throughout the course; barbeque dinner with reception at the end of the day, prizes, raffle and silent auction.

Proceeds from the golf tournament go to the Pat McMahon Masters Level Scholarship.

Tournament is limited to 120 players, so make reservations early. 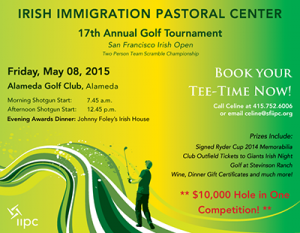 PGA play of the World Golf Championships Cadillac Match Play is at San Francisco’s Harding Park April 27 through May 3, when – among the 64 golfers attending a contingent of 21 millennials will take on veteran champions such as Phil Mikelson and Bubba Watson for the upcoming event with a purse of $9.25 million. Looking at a winning share of $1.57 million, this Millennial roster includes Rory McIlroy, already a four-time major champion from Northern Ireland, currently number one in the Official World Golf Rankings at just 25 years of age. more

The Republic of Ireland Women’s National Team will play USA in San Jose on Sunday May 10th (and Haiti next week in Lauderhill, Florida.) more 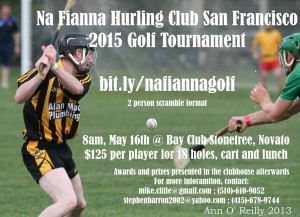 Join Na Fianna hurling club’s annual fundraiser golf tournament at the Stonetree course in Novato, CA. Entry into the tournament is $125, or $500 for a team of 4 players. Visit Na Fianna, or reserve your spot via email 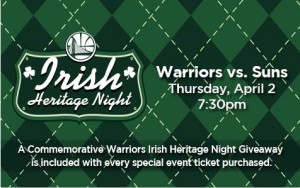 The Irish Immigration Pastoral Center invites you to bring your family and friends out to Irish Heritage Night and cheer on the Warriors as they take on the Phoenix Suns on Thursday, April 2nd, 2015. It promises to be a great evening with in-game cultural performances by Whelan-Kennelly Academy of Irish Dance and others! See calendar April 2 listing for more 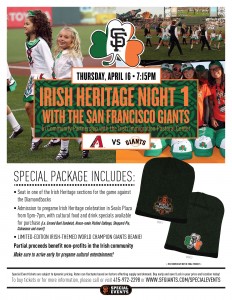 The Irish Immigration Pastoral Center & the San Francisco Giants invite you to 2015’s first installment of the always popular Irish Heritage Night, Giants versus Diamondbacks.
Special Event ticket package includes a seat in one of the Irish Heritage sections for the Thursday evening game, with admission to the Irish Heritage Night pre-game party in Seals Plaza from 5-7 p.m., featuring cultural food and drink specials available for purchase! See calendar April 16 listing for more.

San Francisco City FC and Cal FC kicked off the 2015 edition of the Lamar Hunt U.S. Open Cup in April in front of a record crowd of 1,519, at historic Kezar Stadium for a preliminary round game in the competition. read report.